Milstein Program in Technology and Humanity Class of 2024 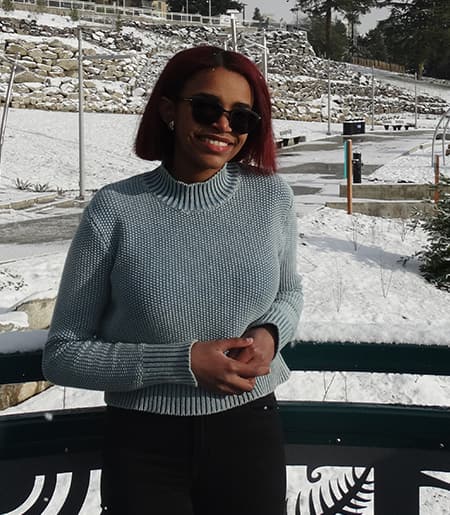 I was born in Omaha, Nebraska and have lived in Seattle, Washington for the past ten years. I graduated from Raisbeck Aviation High School in Seattle, where my passion to pursue interdisciplinary studies was strengthened. Throughout my life, I have been endlessly fascinated by technology and the role it plays in society, often thoughtfully connecting the impacts having or lacking technology has on a community. These connections began an endless drive to study and immerse myself in interdisciplinary studies, with a hope to double major in Computer Science and Economics.

Throughout my high school career, I took advantage of a multitude of opportunities presented to me. As part of a FIRST Robotics Competition team for 4 years, I was on both the business and programming subteams, actively contributing as a programmer while also learning how to manage the business side of the team. I have also completed a summer internship with Microsoft, as part of their AI Platform team, which solidified my interest in computer science, and sparked a new curiosity in how it has the ability to impact aspects of daily life. During this previous year, I also had the opportunity to intern under NASA astronaut Dr. Don Pettit, whose stories and wisdom only fueled a deeper curiosity to understand how profound of an impact technology can make on people’s lives, and on the world as a whole.

The Milstein Program in Technology and Humanity appealed to me in the sense that I had an opportunity unlike any other to pursue an interdisciplinary curriculum that allows me to explore the intersections of technology and humanity without restrictions. I am eager to learn about computer science and economics, while also learning about the ethics and morality behind each, as well as the chain effects each one has on the world and society. I am beyond thankful for the opportunity presented by the Milstein family and Cornell University to pursue my interdisciplinary interests in a program which will not limit me, and will allow me to delve deep into the intersections of technology and humanity.