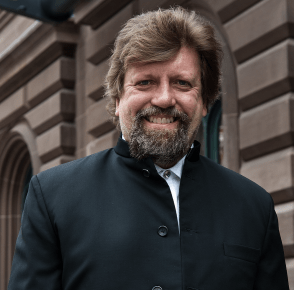 A conversation with Oskar Eustis, Artistic Director of The Public Theater

Oskar Eustis has served as the Artistic Director of The Public Theater since 2005. In the last three years, he has produced two Tony Award-winning Best Musicals (Fun Home and Hamilton), and back-to-back winners of the Pulitzer Prize for Drama, Hamilton and Sweat. He came to The Public from Trinity Repertory Company in Providence, RI where he served as Artistic Director from 1994 to 2005. Eustis served as Associate Artistic Director at Los Angeles’ Mark Taper Forum from 1989 to 1994, and prior to that he was with the Eureka Theatre Company in San Francisco, serving as Resident Director and Dramaturg from 1981 to 1986 and Artistic Director from 1986 to1989. Eustis is currently a Professor of Dramatic Writing and Arts and Public Policy at New York University, and has held professorships at UCLA, Middlebury College, and Brown University, where he founded and chaired the Trinity Rep/Brown University Consortium for professional theater training. At The Public, Eustis directed the New York premieres of Rinne Groff’s Compulsion and The Ruby Sunrise; Larry Wright’s The Human Scale; and most recently Julius Caesar at Shakespeare in the Park. He has founded numerous ground-breaking programs at the Public, from Public Works and Public Forum to the Emerging Writers Group. At Trinity Rep, he directed the world premiere of Paula Vogel’s The Long Christmas Ride Home and Tony Kushner’s Homebody/Kabul, both recipients of the Elliot Norton Award for Outstanding Production. While at the Eureka Theatre, he commissioned Tony Kushner’s Angels in America, and directed its world premiere at the Mark Taper Forum. Eustis has also directed the world premieres of plays by Philip Kan Gotanda, David Henry Hwang, Emily Mann, Suzan-Lori Parks, Ellen McLaughlin, and Eduardo Machado, among many others.